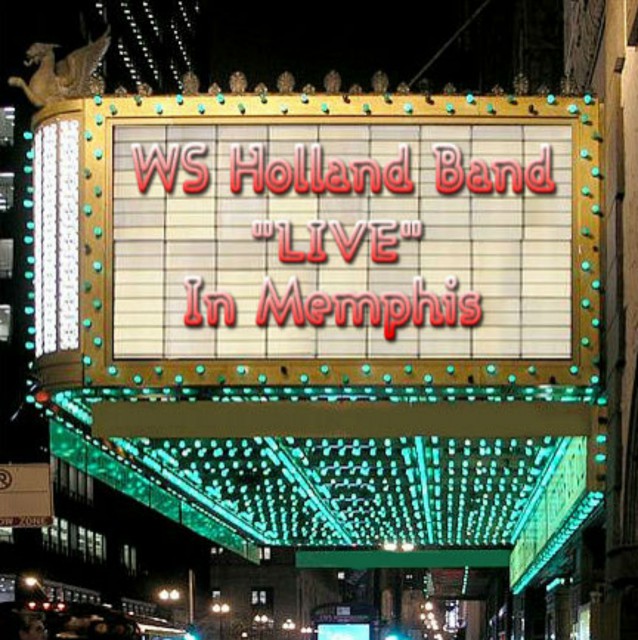 W.S. Holland, Johnny Cash’s only drummer, is an individual who needs no introduction.  There are many stories on how Johnny Cash managed to snatch W.S. Holland from Carl Perkins’ band, though as W.S. “Fluke” Holland explains it, there was really nothing dramatic behind the ordeal--he was ready to retire at the end of the 1950s, but Johnny Cash wanted a particular drummer and was persistent enough to keep W.S. with him for 37 years on the road, up until Cash’s retirement.

Of course, W.S. Holland remains on the road, and that very fact makes his latest album, LIVE in Memphis, something unique.

This album was not a rushed release when it arrived in 2014, five years after the W.S. Holland Band’s formation in 2009, nor could it be in more capable hands.   Ron Haney, who manages the operation, is responsible for vocals and guitar, and Russ “Newt” Hall handles keyboards while Jim Reece provides the bass guitar work and vocals.  After five years of touring around the world--literally--the band decided that it was time for an album.  Instead of cutting songs in the studio however, they opted to go for a raw and authentic sound--and what better place to go than Memphis, where W.S. Holland helped pioneer rock and roll music.

The replication of Carl Perkins, his voice and sound, it spot on.  The twelve-minute homage to the music of Johnny Cash is handled with equal care, though as we all know, replicating Cash is impossible.  Nonetheless, Johnny Counterfit’s vocals are about as close as any impersonator gets (even Cash was impressed by Counterfit, in his lifetime).  The band provides a flawless rendition of the rockabilly and country sound that supplemented the original songs.

The dialogue between tracks by Holland is one of the best treats.  Holland recounts memories of his days at Sun and on the road with Johnny, and even manages to slip in his own solo piece, “Drum Time.”  The other original tune is a the tribute to Johnny Cash--but considering how W.S. Holland played on these song sessions originally, one can make the argument that the majority of music here is simply classic W.S. Holland.

To check out more about W.S. Holland and his band, and to purchase a copy of his latest CD, visit his official website.