Jun 28 Posted by Elviravp in Articles 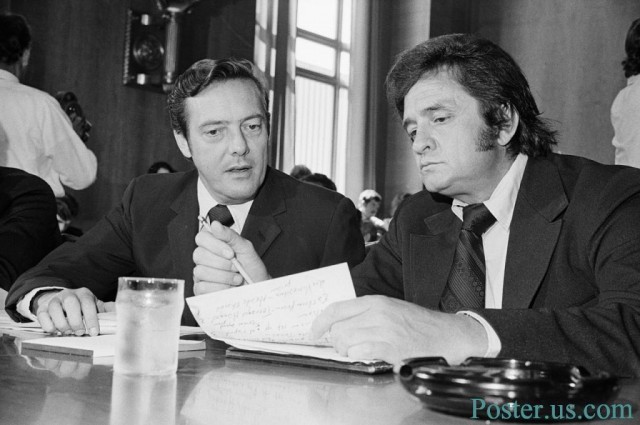 When Karl Barth visited the United States in 1962 he made a request which seemed odd to those unaware of his long concern for such matters: he asked to see an American prison. After touring one such institution he said the experience had been "like walking through Dante's vision of hell," and he decried the church's apathetic silence on the appalling conditions in places where human beings are kept in "cages." Had Professor Barth spoken against racial injustice or appealed for aid to the poor many would no doubt have been pleased, but his call for prison reform offended many and surprised still more.

The truth is that the American public has never noticeably responded to information about appalling prison conditions. A subcommittee chaired by Senator Thomas Dodd last winter produced spectacular testimony to the effect that much of the abuse in prisons is inflicted upon inmates who are in fact children. A Minnesota correctional services officer testified that 100,000 children are in U.S. prisons; he told, for instance, how a 13-year-old Indian boy committed suicide after spending 41 days alone in his cell waiting for a hearing. Chosen at random to testify, a convicted felon told the committee that his teen years spent in prison (beginning at age 13) were so brutal that he resolved to "stick up the first thing in sight" when he got out. His testimony seemed to confirm candidate Richard M. Nixon's campaign charge that our prisons are "universities of crime."1

Given the national concern to stem the rising tide of crime in America, one would think that an aroused public would demand that our prisons return men to society as contributing citizens rather than as "finely honed weapons against society," as one district attorney puts it. Just now the really passionate cry for prison reform in this country is coming from an unlikely prophet: countryfolk singer Johnny Cash. Cash has given numerous concerts in prisons. His two most successful albums (Folsom Prison Blues and San Quentin) were recorded live before prison audiences. In a moving statement reproduced on the cover of the first album he referred to the folly of attempting to teach men how to live in society by depriving them of "everything that makes a man a man: women, money, a family, a job, the open road, the city, the country, ambition, power, success, failure — a million things."2 The lyrics of his songs in prison (at least one is always specifically written for the occasion) are given remarkable force by the sound of the inmates' soul-level response to their presentation. Referring to all convicts as his brothers, Johnny Cash not only mourns their suffering; he also cries out like an Amos against those who have the power to do something about the situation yet fail to act.

Listen to him in San Quentin, one of his latest hits: San Quentin, I hate every inch of you. You've cut me and scarred me through and through. And I'll walk out a wiser, weaker man. Mr. Congressman, why can't you understand? In true prophetic style, the singer envisions a day when the stone walls will crumble, and he cries: May all the world forget you ever stood, And may all the world regret you did no good. It is interesting to note that the Folsom Prison Blues album was released at approximately the same time as Eld-ridge Cleaver's book Soul on Ice, much of which was actually written at Folsom. On the album cover Cash asks: "How could this torment possibly do anybody any good?"

Out of his own experience Cleaver writes, in Soul on Ice: A convict sees man's fangs and claws and learns quickly to bare and un-sheath his own, for real and final. To maintain a hold on the ideals and sentiments of civilization in such circumstances is probably impossible. Recalling Karl Barth's admonition to the churches, it would be salutary for us to note that Cleaver became proud of his atheism while in prison, and that he gave much of the credit for his newfound pride to the "preachers and priests scurrying around" who could "put in a good word for you with the Almighty Creator of the Universe but could not get anything down with the warden or parole board." The prisoners attached an "ineradicable stigma" to the church as the institution whose most visible manifestation in their situation was that of providing escorts for condemned men as they were led to the gas chamber.

Johnny Cash calls us to a crash program: humanizing the prison system in this country. Eldridge Cleaver would broaden the scope of that plea to include humanization of the whole political process. May we not confess that at least one reason why the humanizing process is bogged down is that the church is one of the institutions most in need of sensitizing? An ad in Your Church magazine recently pictured a high fence set up around what is presumably a church school building. Underneath the illustration is this text: CHAIN LINK FENCE. This new combination in aluminum coated chain link fencing and barb wire offers high protection and low maintenance cost. The coating prolongs fence life 3 to 5 times longer. Less climbable than other types, the over-all appearance is smooth, clean and unobstrusive. All of us know we're not that far gone, but the image reminds us that to whatever extent we are captives, liberation of the churches awaits our own willingness to assume the role of deliverer. Isaiah dreamed of a messianic age which would "bring out the prisoners from the dungeon . . ." (Isa. 42:7).

No one, least of all Johnny Cash, is advocating immediate release of all convicts. But in the name of Him who was united with thieves in his death the churches might blend their voices with a country bard who, in one respect at least, sees Isaiah's vision somewhat more vividly than they do.