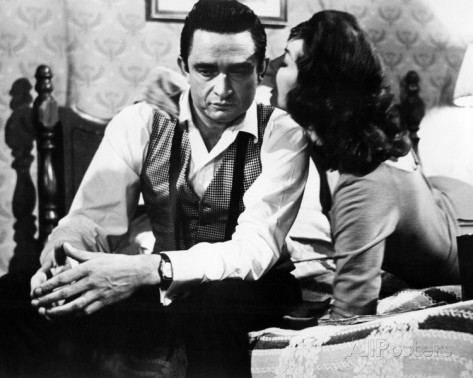 If Johnny Cash shows up at your door claiming to be a guitar instructor, don’t let him in! Apparently that’s how Cash, playing the role of low-life hood Johnny Cabot took a bank manager’s wife hostage in the 1961 flick, Five Minutes to Live. While Cash is, regrettably, no longer with us, producers Joseph and Jack Nasser plan to resurrect the fifty-year-old project.

Teaming up with Speed director Jan de Bont in a story written by Raul Inglis (Transparency), the reboot will follow two men who run an extortion scheme by holding a bank manager’s wife hostage and forcing the manager to transfer money into an account. No word on if the hostage taker will pose as a guitar instructor. Hit the jump for more on Five Minutes to Live and to watch the original film in its entirety!

The original picture, the last one directed by Bill Karn, starred Cash, Donald Woods, Cay Forrester and a young Ron Howard. It’s going to be hard to replace Cash no matter what. No one can reproduce that voice, unless maybe Joaquin Phoenix (Walk the Line) wants to take a shot. Check out video of the original 1961 movie in all of its 85 minutes of glory below. After you get a feel for Cash’s character, feel free to comment on who you think could star in the role.