Dec 20 Posted by admin in Articles 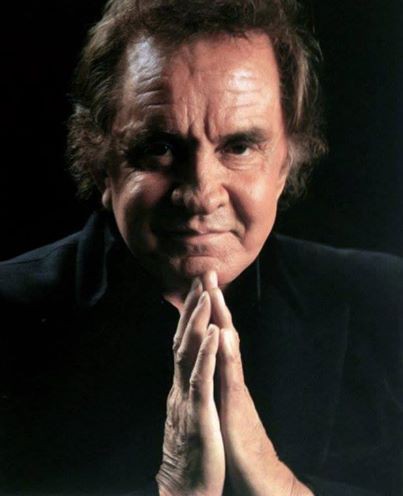 The Man in Black finds refuge -- and a llama -- in the Tennessee woods.

In the bad old days, Johnny Cash the pill popper would have stomped dead the four-foot snake he found napping on his boat dock not long ago. That's the way he tells it anyway, bouncing along in a Range Rover headed for his 150-acre hideaway outside Hendersonville, Tenn., a couple of miles from his home. He is clutching a Styrofoam cup filled with night crawlers, which June Carter Cash, his wife of 26 years, grudgingly lets him keep in the house. ``It took me years to get her to accept the fact that fishing worms live in a refrigerator,'' says Johnny. Dressed in one of his trademark black shirts and baggy blue sweatpants, Cash is swerving all over the bumpy dirt road.`Wouldn't be no fun if I could drive,'' he laughs, banging into another rut. ``Now about that snake: I walked onto the boat dock, and if I'd a taken one more step, I'd a stepped on it. Years ago when I was nervous, I'd a killed him in a minute, but I was so gentled down from fishing I just eased him into the water with my pole.''

Cash, 62, is an enduring American legend, the only living performer elected to the Songwriters, Rock and Roll and Country Music Halls of Fame. He has won seven Grammys and sung and recorded with everyone from Elvis and Jerry Lee Lewis to Bob Dylan, U2 and Billy Graham. Later this summer, Cash -- whose new album, American Recordings, has made him a favorite of the grunge crowd -- may do the fourth Lollapalooza tour, with such bands as Smashing Pumpkins and Beastie Boys. And in August he'll perform at Woodstock II, though he seems a little underwhelmed by the prospect. ``It's just a job, man,'' he says.

Two of the songs on Cash's album -- his 129th -- were recorded in his cabin of hand-cut pine and fir next to the fishing pond. He calls it Cedar Hill Refuge, and it is his sanctuary from being Johnny Cash, one of the most instantly recognizable men in the world. He almost always comes here by himself, with a fishing pole and a cup of worms. Somehow Cash manages to get the Range Rover up to the cabin without dumping the worms. He stops to greet his animals, all of whom he thanked for their support on the liner notes of his album. There is Andy the goofy llama, Zelda the goose, an unnamed peacock and 33 deer. Once there was an ostrich, but it attacked Cash and broke five of his ribs. Arrivederci, ostrich. About 13 years ago he bought two bison. They banged up the air-conditioning unit outside the cabin and nearly ran over his late father, Ray Cash. They're gone too. ``Can't have animals tryin' to kill your daddy,'' says Johnny, easing himself into a chair in front of the flagstone fireplace for some pre-fishing ruminations. ``I picked the site ((of the cabin)) 10 years before I had it built,'' he says. ``It was like a prayer, a dedication to this spot of earth where I could have a place of refuge. It restores me. It returns me to nature and God. I come here in pain sometimes and take a few deep breaths and meditate on things. Then the pain goes away, and I relax.''

A few years ago Cash checked in to the Betty Ford Center to kick a near-lifelong addiction to amphetamines and barbiturates. The demons still taunt him. The only times he abused liquor, he laughs, was when he had to get drunk to come down from the drugs. ``In this cabin I fight the battle inside all of us, common everyday human frailties, things of the flesh,'' he says. ``I wrestle with the questions of sin and redemption and try to stay in accord with God's will.'' He grimaces, rubbing his jaw. He's still in pain from recent oral surgery that didn't go well. If he took a single painkiller, he explains, temptation would overwhelm him. That's why fishing and the stark simplicity of a pine cabin in the Tennessee backwoods have a mystical grip on him. They boil life down to its essential elements, return him to gentler times, precious moments. He loves to bring 10 beloved grandkids out here and rock on the porch swing, maybe sing them a song. He knew when he bought this piece of land, once roamed by Andrew Jackson, that God had ordained and dedicated it to him. He knew because he was poking around with a metal detector one day and dug up an old Civil War-era branding iron forged into the initials JC. In Cash's mind, it was the conflicting forces of sin and redemption, fishing, gentling down and a sleepy old snake that drove his new album.

Simple elements mixed with complex emotional matters. When he first heard the finished product, though, he was startled by the haunting quality of such songs as ``The Beast in Me'' and ``Why Me Lord.'' ``This was the dream album I always wanted to do -- just me and my guitar singing songs for you,'' he says. ``It was the first time I had truly expressed myself artistically. But when I listened to it, I realized a lot of the songs are very dark. I don't like to dwell on the past, but it can slip back up on you, I guess.'' Sometimes when he fishes, Cash thinks about singing. ``And sometimes when I'm performing,'' he says, ``I'm thinking about my fishing pole.'' Then he hums a few bars from a Tom T. Hall song about ``life and death is me and some old fish.''

His favorite spot on the half-acre pond is a small point where Andy the llama hangs out munching grass. Good place to catch big old catfish, Cash promises, threading a fat night crawler on the hook. Always catch 'em here, he says. Big ones. Never miss. ``I don't plan my fishing, I do it spontaneously,'' he explains. ``I come home all nervous, and I just say to June, `I'm going fishing.' It's the peace of the water and me and that old fish. I loved fishing before I used it as my therapy. Like I said -- years ago when I was very nervous I'd killed that snake. Now I have no need to kill anything.'' He watches the motionless bobber on the still water. ``I'm ashamed to not catch a fish,'' he mutters in his low rumble. Just then the bobber twitches, and he jerks a tiny bluegill out of the water. ``Ah s--t, he's a little bitty one, a real small one. How shameful this is. It's the first small one I've caught here. Honest.'' He's laughing now, not rubbing his burning, swollen jaw. Dark thoughts of sin and redemption are back in the cabin. He is calling out to dopey-looking Andy, not fretting about the 11-city European tour he'll be starting next week. Sure, the night crawler he used was bigger than that little bluegill. But who cares? The Man in Black is gentled way down.