A Review of the Johnny Cash Museum 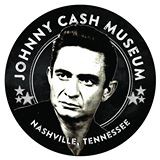 The Johnny Cash Museum is unlike any other popular attraction that I’ve seen in Nashville--and I’ve been a tourist in music city three times.  The first two times I traveled to Nashville I went to see all that I could that was Cash-related.  That included the Country Music Hall of Fame (which a very small section on Cash) the now-replaced and renovated Musicians Hall of Fame (which had a decent amount of Cash items on display) and then visited Hendersonville and saw the remains of Cash’s home on Lake Hickory as well as the cemetery where the Man in Black, his beloved wife June Carter, Luther Perkins, and Cash’s parents are buried.

While I enjoyed the trip I still felt like Nashville had forgotten one of its founders, one of those icons who transformed a city like any other into the “Music City” that it is today.  On the second trip I saw a Johnny Cash Mural that was faded by weather located just a couple streets from downtown Nashville and the stately Ryman Auditorium, which had a very interesting but small collection of Cash-related items on display.

It was not until the third trip that I found something that truly saluted Cash in a manner that a legend deserves.  I consider myself a devout Johnny Cash fan, but there was so much to discover at the museum that I was in awe!  I could read Cash’s first marriage certificate with Vivian Liberto, the mother of his four daughters.  I could read documents on Cash concerning his Air Force days.  They also had my personal favorite things to read--handwritten letters and lyrics!

But the museum was not all reading.

Accompanying all the great texts is a magnificent collection of clothing, instruments and even recording equipment!  There are iPads stationed around the museum that provide an auditory guide to many of the props and even a theatre that features Cash’s TV and movie life--the most well received of these videos being his outrageously funny guest spot on The Simpsons.  Another stunning exhibit is the wall of award-winning records: golden, platinum, multi-platinum, Cash had scored a plethora of awards during his career and they are all featured at the museum.

As a die-hard Cash fan, I’ve always loved his movies and TV shows.  It was a treat to get to see the costumes that Cash wore and view the scripts for his movies.  Did you know that Cash acted alongside Kirk Douglas, Andy Griffith and Eli Wallach, to name a few?  Another feature I found fascinating was a partial reconstruction of his home, featuring a statue of Native American art that Cash must have treasured.  If you have seen the music video “Hurt” you will recognize the scenery.

My advice to fans of any degree: check out the museum and you won’t be disappointed.  I am admittedly a fan but do not cast me off as biased.  I have seen glimpses of Cash memorabilia in museums all over the midwest in the United States but nothing compares in quality or quantity to the Johnny Cash Museum.  The side of Johnny Cash that is nearest and dearest to me is his humanitarian work, and I was so glad to see that the museum had made space to showcase his efforts to improve conditions for Native Americans, prisoners and other causes.  Johnny Cash wasn’t just a good musician, he was a good man, and Bill Miller and everyone who helped to make the museum a reality are preserving his memory, as it should be.

I would also advise fans to keep a lookout for the museum’s schedule of upcoming special events and the addition of new content.